Sagar & Samreen – Partners in Joy from Kolhapur to Copenhagen 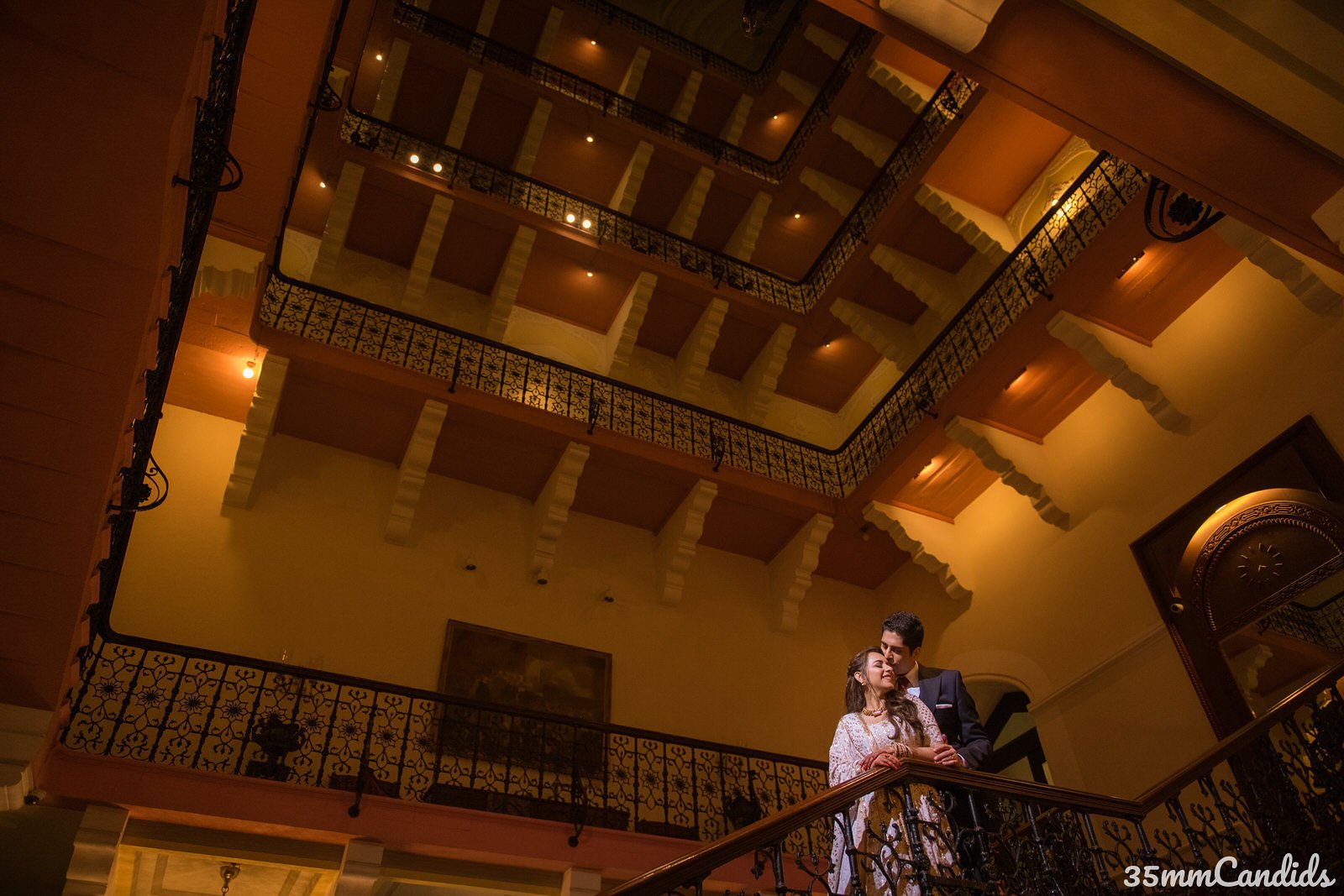 Sometimes love takes work and sometimes it just works itself out. It’s magical that way.

Sagar and Samreen (fondly known as Sam) were two people who were bonded by the soul from the very first day they met. They became each other’s best friend, confidant, travel partners, support system and much more, but it took them a little time to realise (more for Sagar than Sam) that they were meant to spend a lifetime and then some more.

In the words of their loved ones, Sagar and Sam’s story is quite similar to the late 90s and early 2000s romcoms that we all grew up on. Boy meets girl, boy likes girl, boy records an embarrassing video of the girl from their first meeting and holds on to it for almost a decade, but boy doesn’t believe in the conventional rituals of the society. So even when he loved her, he didn’t know what he wanted them to be. Spoiler alert: She made him want to take the plunge with her and only her because it was ALWAYS her.

Sagar and Sam met for the first time through a common friend, but the real sparks flew when they attended a birthday party together. Sagar resided in South Bombay while Sam worked there, so it was natural for them to spend a lot of time together. None of them had an intention to truly date each other, but this is Sagar and Sam we are talking about, they loved each other as naturally as breathing.

Sagar didn’t believe in the whole idea of marriage while Sam though free-spirited and easy-going saw herself settling down one day, and she just knew it would be with Sagar. The families and friends had accepted them as soulmates way before they made it official. While Sagar was contemplating his feelings Sam had won over his family, his friends and everyone that had a say in his life. So it was just a matter of time.

Sagar and Sam’s thing was travelling to both famous and off-beat places and having intimate picnics. Sam a huge history buff loved everything historical. When Sagar realised that he has the perfect girl and he wanted to spend his life with her, he had to ask her in the right manner.

So after several hits and trials, an elaborate plan and secret meetings with close friends, Sagar decided on Umaid Bhawan Palace, as it was a historical location and it was as elegant as his lady love. He arranged for a beautiful picnic and took care of each and every detail, from the basket to the candles, the only thing he did not rehearse was his speech, which by the way he nailed it. Because this is Sagar and Sam, everything with them is as natural as breathing.

Sam didn’t expect a proposal by a million miles because she never knew Sagar would do something like that, Sagar did it because he knew she would be the happiest. Guess that is what love is all about.

The proposal also gave birth to the ever famous line – “From Kolhapur to Copenhagen, you make it fun”.

Just like their love story, Sagar and Sam’s wedding planning was yet another rollercoaster ride. While planning on a date in the pre COVID world Sagar was looking for a December-January wedding, but Sam was adamant that she wanted to marry him before her birthday, which fell in November. Looking at the calendar Sagar and Sam fell upon 10/10/2020 and realised it’s a unique date complimenting their unique story.

Their plans were to get married in Sri Lanka surrounded by friends and family, but the world pandemic threw yet another curveball at them. From dealing with lockdown protocols to coping with unwell family members, things were challenging for a while, but when Sagar fell Sam stood tall and when Sam felt the anxiety creeping in, Sagar was there to calm that storm. Everything eventually fell in place, they chose Taj Mahal Palace, Colaba to witness their love story become a more official version and it happened without a glitch. After all, this is Sagar and Sam we are talking about, they were destined to be.

It’s rare to find your soulmate in your best friend but when it happens you just experience the best of both worlds with one person. Fortunate are those who stumble upon the love that runs deeper than their insecurities, anxieties and doubts, the love that waits patiently for them to realise that they are already home and that this is everything they are seeking. The following quote sums Sagar and Sam perfectly –

“We fell in love, despite our differences, and once we did, something rare and beautiful was created. For me, love like that has only happened once, and that’s why every minute we spent together has been seared in my memory. I’ll never forget a single moment of it.”

We at 35mmcandids feel honoured to have captured Sagar and Sam’s new chapter with each other. It was a heartwarming experience to be in the presence of such magnificent love. 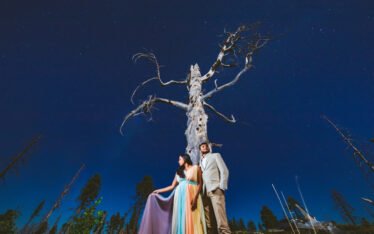 How to Pick the Perfect Outfit For Your Pre Wedding Photoshoot?
When it comes to pre-wedding photoshoots, all that matters is that the photos catch the eyes of your friends and family. While the sights and scenery that a destination has...
1 Likes 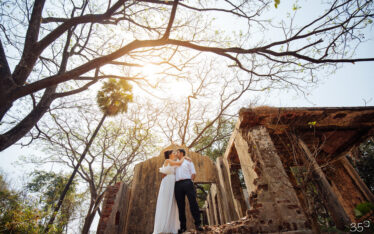 9 PRE-WEDDING LOCATIONS IN MUMBAI
An enigma wrapped up in historical architecture, vibrant beaches and rich heritage; few of the numerous reasons why Mumbai makes an absolute best pre-wedding photoshoot backdrop. Join us as we...
1 Likes 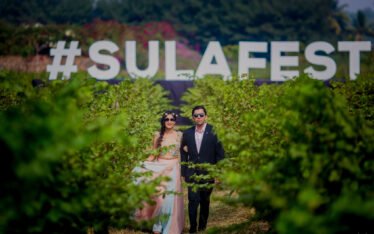